What’s the difference between delete and remove? When should you use the word “delete” on a user interface or in a document, and when “remove”? Here’s an explanation that makes sense to me.

An example is the model of users and groups. Let’s say the user arthurdent belongs to two groups: spacers and earthlings. When Arthur no longer lives on planet Earth, you would remove arthurdent from the earthlings group. But if Arthur has departed the universe without leaving so much as a towel behind, you would delete the username arthurdent.

Here’s another example. Let’s say you have a number of credit card charges, which you’re adding to two expense reports. By mistake, you’ve added one of the charges to Expense Report 1 as well as Expense Report 2.  So you need to remove that charge from the report. In addition, there’s an erroneous credit card charge of zero dollars, which you can delete without adding it to a report. 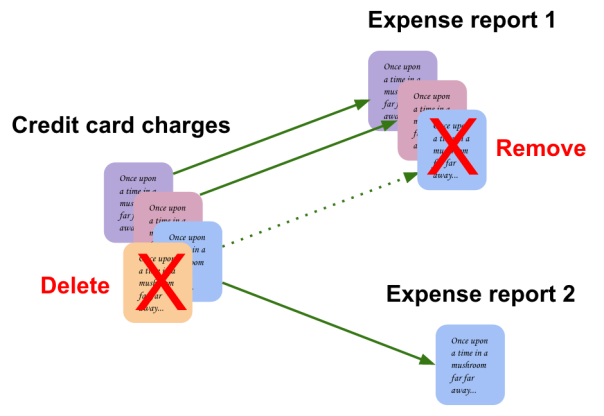 Works for me. 🙂 What do you think?